Allow me to introduce Quinten, a Senior in the Class of 2020 at Marlington High School.  Quinten, who also goes by "Q," captured my heart from the minute he stepped out of the car.  We met at Silver Park in Alliance and started by checking out his great wardrobe choices to make a plan.  We set out with a casual rugged look that was perfect in various park settings.  It was when I started working with Quinten on posing and he flashed me that winning smile that I knew I was in for a fabulous evening! 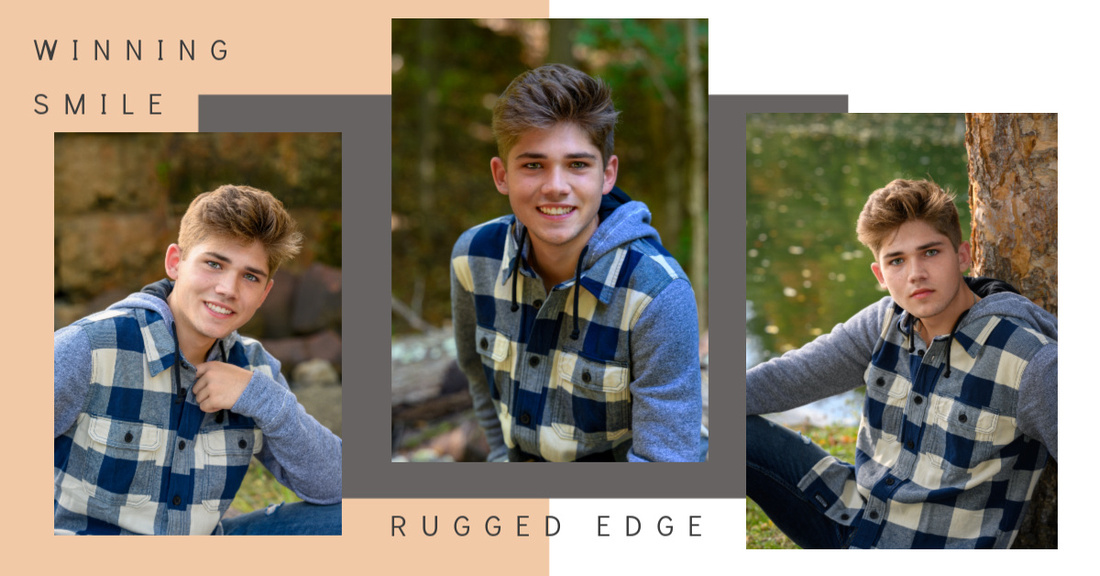 After a lot of gushing and some amazing portraits captured, we decided to move on to the campus of Mount Union where I had some specific locations in mind for the next look which was a little trendier.  Of course Quinten, his mom, and I are chatting the whole time and I came to learn the significance of Quinten's tattoo.  Ever since Quinten was a little guy, his mom would always tell him that she "loved him to the moon and back."  As a tribute to this unconditional love between mother and son, Mom has "I love you" on her arm and Quinten's arm finishes the sentiment.  Of course we are going to make that part of Quinten's portrait story!  I felt that Mom really needed to be part of it, too.  The picture of them both is one that will be especially treasured. 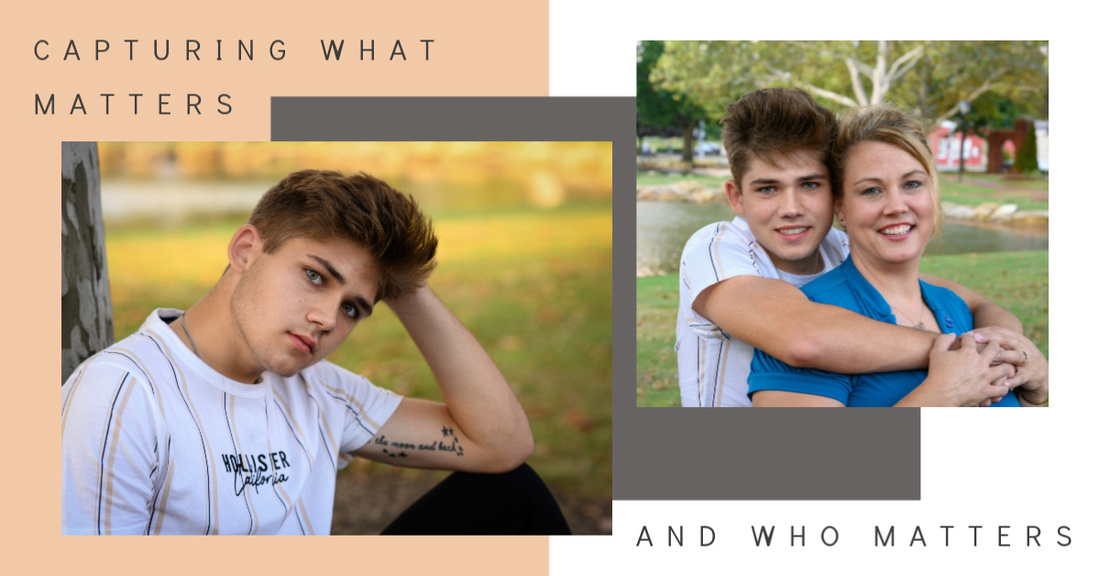 As you can see, Quinten could truly be a model for Hollister.  But, beyond his great sense of style and fabulous hair, it is his eyes that are so captivating.  Whether they are sparkling paired with a smile or serious and introspective, there is a depth there that reveals just how amazing this guy really is.  There was a point in the evening when we realized that we had lost something amidst the shuffle from one location to another.  At this point, it had gotten dark which made our search a bit of a challenge.  It was Quinten who saved the day.  He sprung into action and put his athleticism to work as he literally ran the entire campus to retrieve the missing piece.  It wasn't just his immediate willingness to create a solution that impressed me so much... or even the fact that he sprinted the entire campus and without breaking a sweat... it was how he did it.  I saw him become the adult in the situation.  He offered reassurance, a sense of calm confidence, and a sense of responsibility that he was going to make sure everything was okay.  My heart became even softer for this guy. 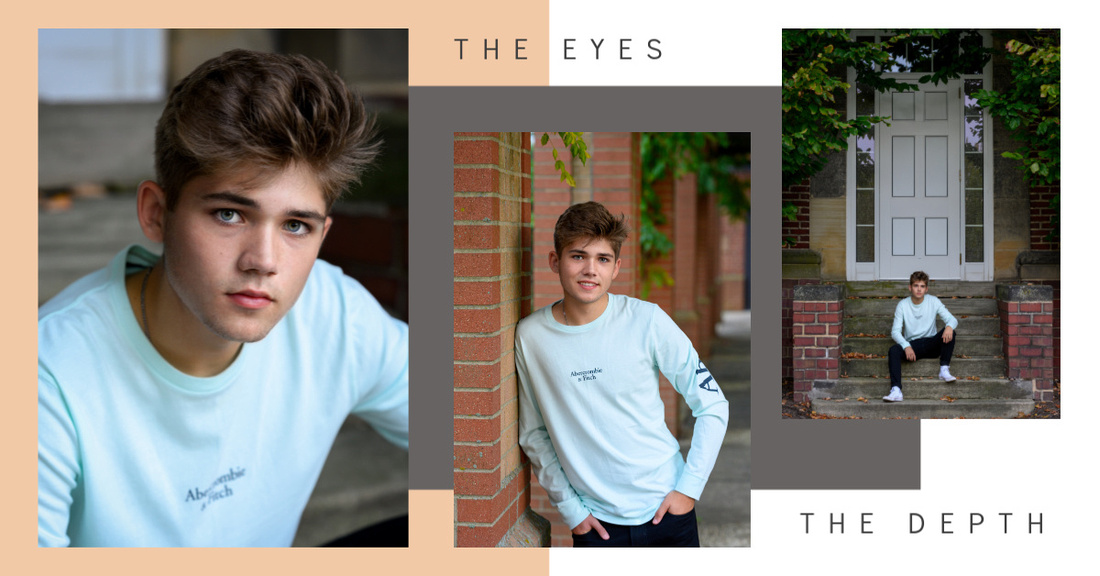 I may be emphasizing some of the endearing softer characteristics about Quinten, but make no mistake... there is a fierce side.  Just add a soccer ball and it is all business.  That is the side that we had so much fun capturing with the magic of additive light.  And just look at that sky!  God was helping us out and creating a perfect backdrop for us.  Quinten and I agree that these are among our favorites! 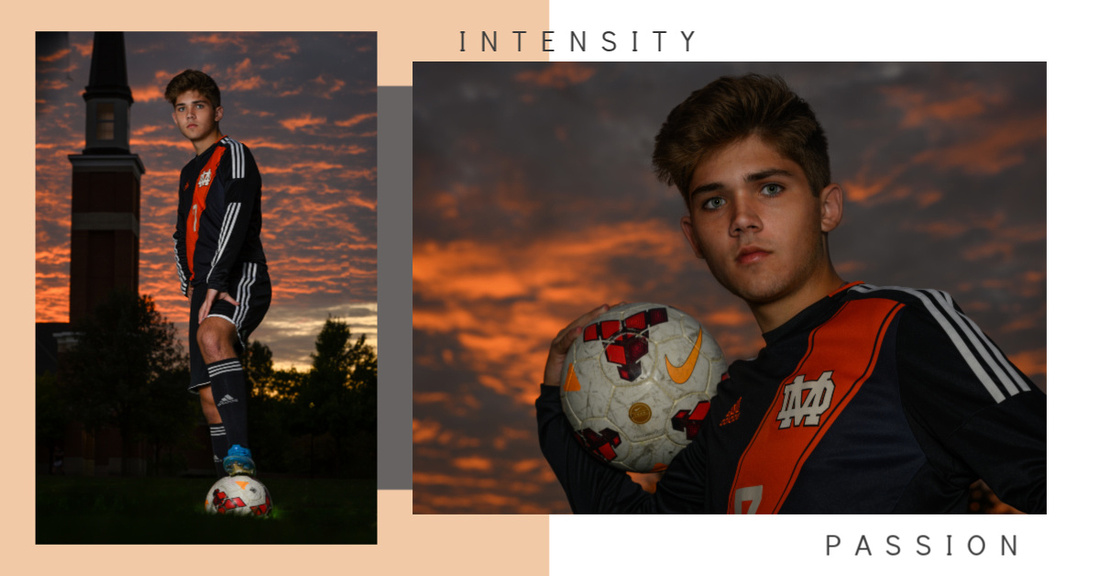 We had decided ahead of time that we wanted to create a composite to show two sides of Quinten: the casual and trendy guy whose friends describe as funny, outspoken, and creative, as well as the fierce athlete who is dedicated to his sport.  We accomplished that with the portrait you see below.  I just love making these and creating the impact of being larger than life.  We also used some fancy lighting techniques to create his contemplative portrait in his warm-up gear.  His mom wanted this look since this is how she sees him coming and going on a daily basis.  That is certainly the goal.  Yes, we want the portraits that create impact and make you say, "WOW," but we also want the portraits that allow Mom and Dad to say, "Now, that's my son." 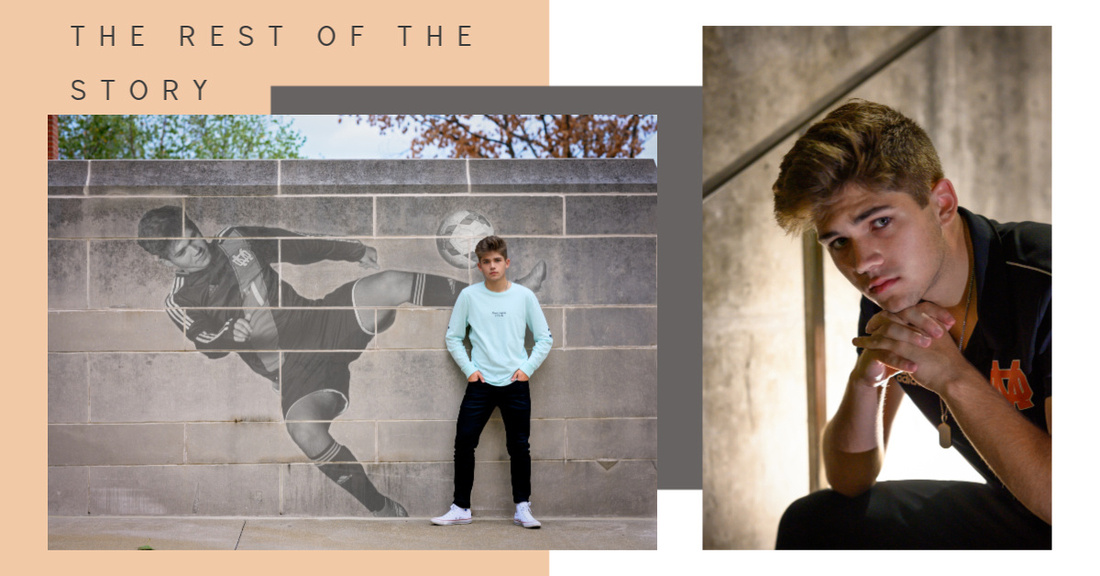 Without a doubt, Quinten's portrait session was an absolute pleasure for me.  I loved my time with Quinten and his mom, and his portraits turned out fabulous.  In addition to playing soccer year round, Quinten enjoys running 5Ks, hanging out with friends, hunting and fishing.  No wonder we get along so well.  His food choices would include Chick-fil-A, Red Robin and pizza.  As you can see, he likes Hollister and wears it so well.  You can add Abercrombie and Fitch and Nike to that list.  At the time of our session, Quinten had not yet chosen a college, but has interest in architecture and biology.  Of course, he would like to be playing soccer in college.

Quinten, you really do have it all and the sky is the limit for you.  I will be cheering you on no matter where life leads you.  Thank you for allowing me to capture this very special time in your life.

*What did Quinten have to say about his portrait session?

I chose Laura Esposito Photography because my friend Cole had his done with her and his mom really liked her.  I didn't realize how fun it can be to take photos.  I like the first ones we did at Silver Park and the soccer pics at Mount Union the best.  I was surprised that I was so comfortable getting my picture taken.  I wouldn't change anything at all.  I enjoyed it a lot and thank you so much.

Preserving memories one portrait at a time.