Josh is a senior in the Class of 2021 at Louisville High School and we tailored a senior portrait session to perfectly capture this amazing young man. Along with an interest in video games, Josh is into history and politics. So, the Canton McKinley Monument was the perfect location for us to start his senior portrait session. These are a couple of our very first portraits that we captured. 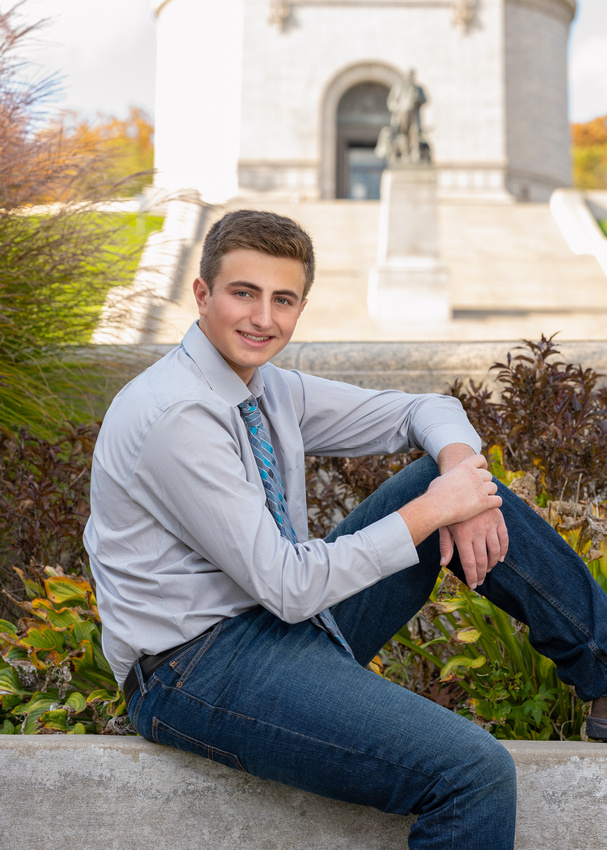 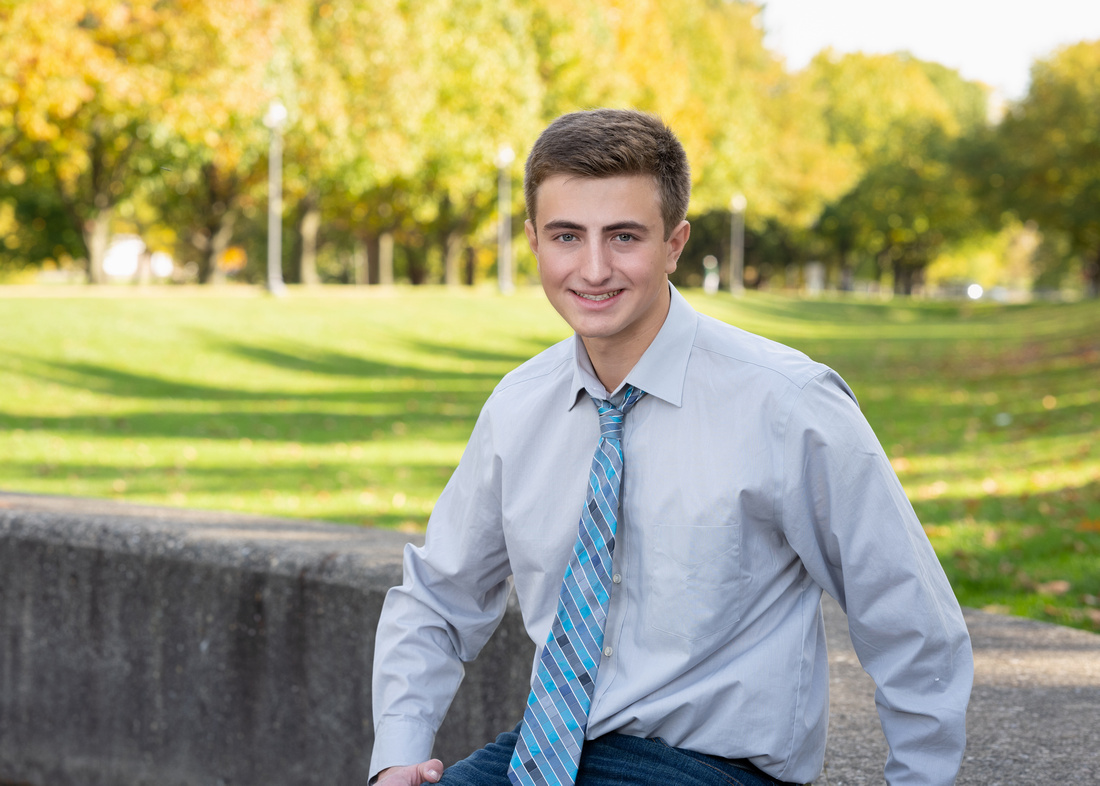 The portrait below of Josh with his book is one of his favorites. I remember his Mom making the comment that it looks most like how they typically see him. This might be why Josh thinks that others see him as boring, but that certainly can't be the case when you learn about some of his favorites.  When it comes to movies, Josh likes Animal House, National Lampoons Vacation, and Superbad. Some of his favorite reads would include Rober Middlekauff's The Glorious Cause and Emend Burke's Reflection on the Revolution in France. I think that his perceived association with boredom has less to do with a lack of excitement and more to do with intellectual compatibility. 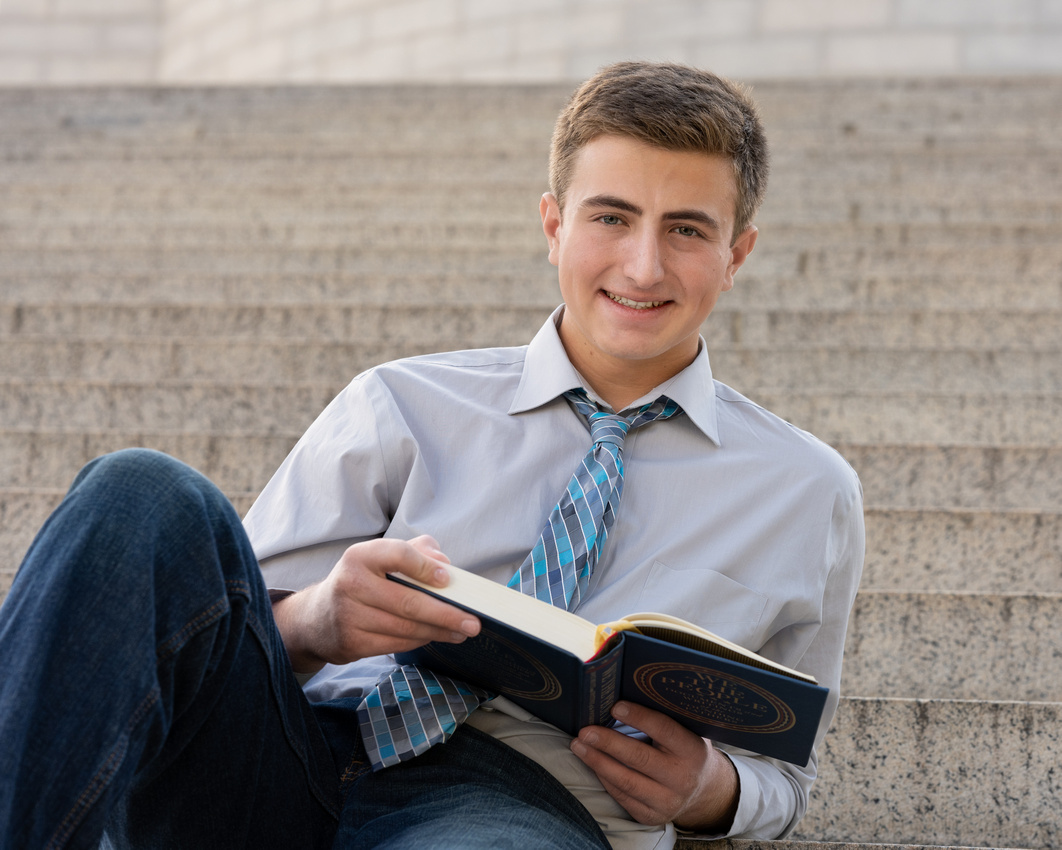 Josh has great eclectic musical tastes. He typically listens to classic rock from the 50's to the 80's.  Bruce Springsteen and Tom Petty are two stand-outs.  He also listens to some outlaw country, folk, metal, and even classical music. With his talent on guitar, Josh draws inspiration from the Great Johnny Cash. That was our inspiration for some of the portraits that you see below. 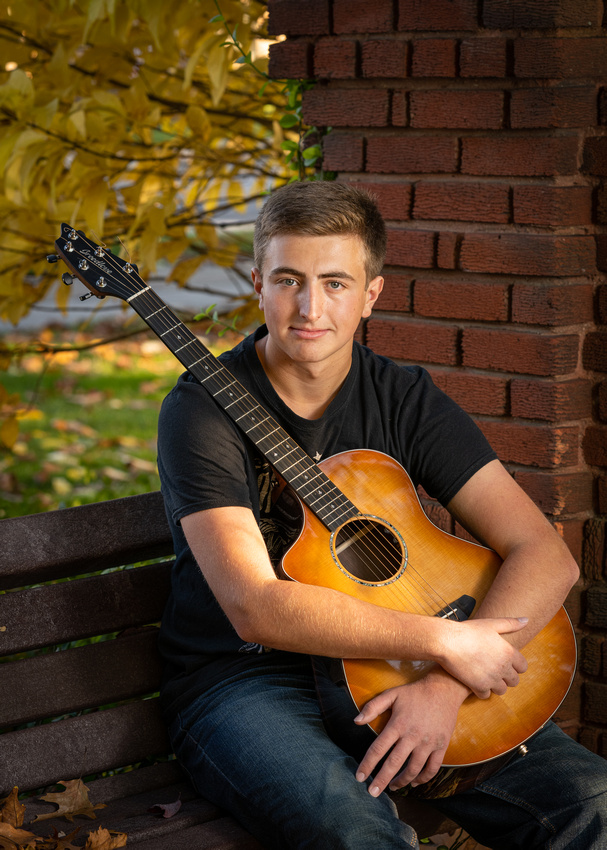 In addition to a wardrobe change, we also made a location change. The campus of the University of Mount Union was an appropriate choice because Josh plans to graduate from Mount Union with a major in History and a minor in AYA education. He will work in education while working to obtain a PhD and eventually become a university professor. 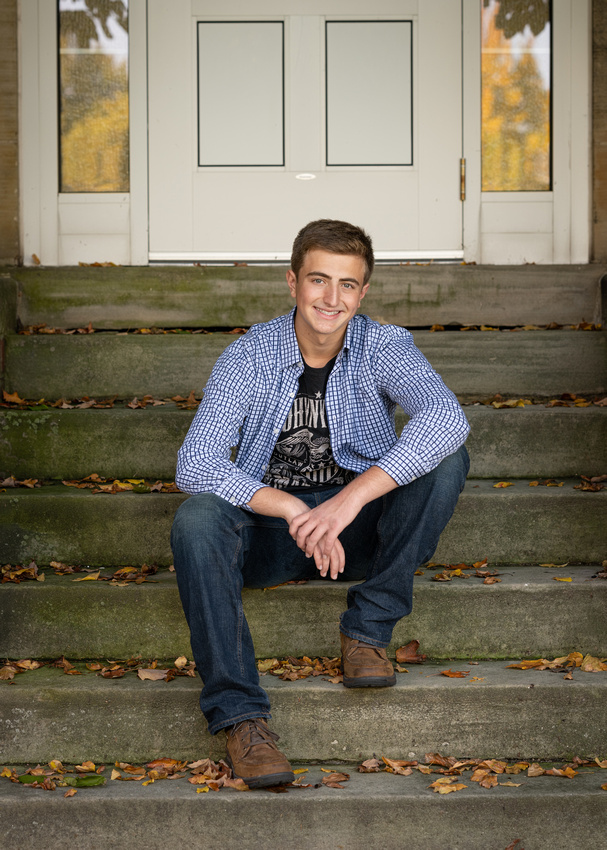 Josh's aspirations and intellectual interests certainly set him apart in an impressive way, but his personality couldn't be more grounded. He absolutely loves a good cheeseburger. He could eat burgers for every meal for the rest of his life and not complain. Although he spends his summers working a landscaping job, Josh doesn't really care to shop to spend his hard-earned money. If he is in the market to make a purchase, he will look for "whatever has the most monetary value and moral values." 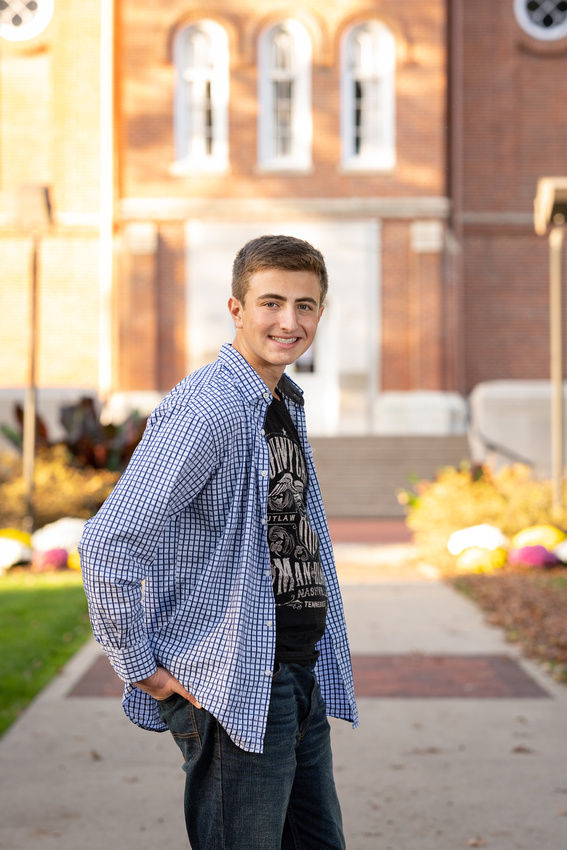 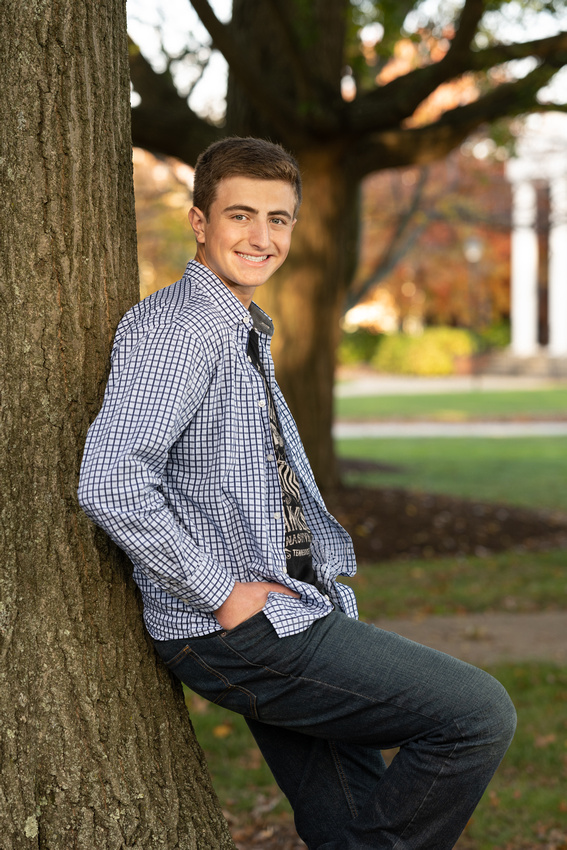 As you can see, working with Josh and his senior portraits brought me so much joy. I know that Josh is going to continue to be a source of joy to whomever will be lucky enough to cross his path. Josh, I wish you all good things as you embark on this next phase of your journey. Not even the sky is the limit for you.

What did Josh have to say about his senior portrait session?

"Laura has a true passion for photography that is obvious as soon as the first pictures are taken. Very enjoyable time for someone who usually isn't a fan of getting their picture taken. "